Most will know Ursula K. Le Guin for her fantasy/sci-fi fiction writing, which has been immensely popular for many years now and has deeply inspired many readers and writers alike. Her name has even been mentioned as one of the exceptions of highly successful and broadly well-known female fantasy/sci-fi authors. Despite being a fantasy/sci-fi fan myself, I shamefully have to admit that I have not yet read any of her very famous fiction. I always respected her craft and wit, though, and being given the opportunity to read No Time to Spare has consolidated this respect.

A collection of essays on so many and various topics which were originally posted on her blog, No Time to Spare is an absolute gem of a book. As Le Guin states herself at the beginning, she had absolutely no interest in blogging until she read José Saramago’s (a very famous Portuguese writer) attempts at blogging and decided to give it a try as well, with apparently very successful results.

The book is divided into parts, each of which centers around a specific theme, such as old age and adapting to the changes brought by aging, writing and literature, feminism, politics, as well as various musings on everyday life and events. In between those parts, there are some sections like interludes, which she has devoted to her cat, Pard, and his adventures and journey into life with the author. These were very adorable to read, but I have to admit that they got rather dull at times and didn’t always manage to keep my interest intact.

As far as the rest of the essays go, Le Guin’s witty and sharp observations shine through and her clever opinions and remarks become a delight for anyone to read. Although I don’t really like the idea of creating a book out of previously published blog posts, I am very glad I read this book, since I had no idea that Le Guin maintained a blog and regularly updated it. Plus, it was very delightful getting to read her ideas and opinions on such a broad variety of topics, something which I haven’t really seen from any other author I closely follow.

I would definitely suggest this book to anyone, regardless of whether they are a fan of Le Guin’s or not, of whether they enjoy fantasy/sci-fi or not (although she makes some very insighful and very useful remarks about fantasy and literature). If you enjoy non-fiction and like a certain dose of wit and well-supported opinions in your reading, then I strongly encourage you to pick up this book. I read this as part of the Non-Fiction November challenge, but I waited until its release date to post my full review. 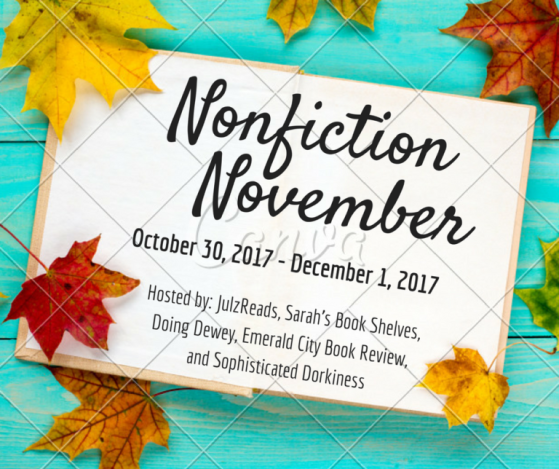 A copy was very kindly provided to me by the publisher via NetGalley.