I foresee that I will be rather busy during 2017 due to my PhD thesis, attending supervisions, and exploring Scotland, as well as visiting family and friends, and taking well earnt holidays.  Regardless, I did not want to think about an entire year going by without my being able to have a constructive reading list of sorts with which to work.  I’m not expecting to read everything here, but am using it as a place to check back to every time I want to try something new, or to pick up a book I’ve had on my radar for an awfully long time.  I thought it would be nice to create a post detailing my proposed 2017 reads, and a corresponding page on which to mark off what I have read, and link any appropriate reviews.

Please find below a list of authors, and a separate list of books which I want to get to.  I have also put together a French Reading Project and a Scottish one too, to see me through.  For each, I have included both work by authors who originate in each country, or books which are set there.

This is Not Your City by Caitlin Horrocks; Corrag by Susan Fletcher; Dusty Answer by Rosamond Lehmann; The Wives by Alexandra Popoff; The Life of Rebecca Jones by Angharad Price; Geek Love by Katherine Dunn; The Shining by Stephen King; Harbour by John Ajvide Lindqvist; The Helios Disaster by Linda Bostrom Knausgard; The Midas Touch by Margaret Kennedy; This Must Be the Place by Maggie O’Farrell; The Girl With All the Gifts by M.R. Carey; The Conquered by Naomi Mitchison; The Folded Clock by Heidi Julavits; The Blank Wall by Elisabeth Sanxay Holding; Skating to Antarctica by Jenny Diski; The People in the Trees by Hanya Yanigahara; Kassandra and the Wall by Margarita Karaponou; Fell by Jenn Ashworth; The Sunlight Pilgrims by Jenni Fagan; Alina: A Novel by Dorothy Strachey; Odes by Sharon Olds; Pepita by Vita Sackville-West; The Bronte Myth by Lucasta Miller; Heroines by Kate Zambreno; What the Light Hides by Mette Jakobsen; Flaneuse by Lauren Elkin; Where Am

I Now? by Mara Wilson; Euphoria by Lily King; The Tidal Zone by Sarah Moss; The One Hundred Nights of Hero by Isabel Greenberg; The Astonishing Return of Norah Wells by Virginia Macgregor; You Are My Heart and Other Stories by Jay Neugeboren; A Summer of Drowning by John Burnside; The Dumb House by John Burnside. 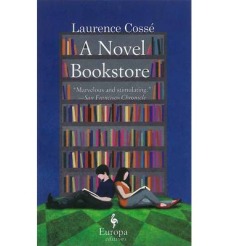 Wall and Other Stories by Jean-Paul Sartre; Sixty Million Frenchmen Can’t Be Wrong by Jean-Benoit Nodeau; The Invention of Hugo Cabret by Brian Selznick (reread); Fire in the Blood by Irene Nemirovsky (reread); Seven Ages of Paris by Alistair Horne; Sweet Francaise by Irene Nemirovsky (reread); The Counterfeiters by Andre Gide; Paris Under Water by Jeffrey Jackson; Paris Was Ours, edited by Penelope Rowlands; At Home in France by Ann Barry; An Exact Replica of a Figment of my Imagination by Elizabeth McCracken (reread); Hallucinating Foucault by Patricia Duncker.

The Complaints by Ian Rankin; The Testament of Gideon Mack by James Robertson; Under the Skin by Michel Faber; The Wasp Factory by Iain Banks; The Flight of Gemma Hardy by Margot Livesey; Hame by Annalena McAfee; Emotionally Weird by Kate Atkinson (reread); Everything You Need by A.L. Kennedy; Closed Doors by Lisa O’Donnell; The Sunlight Pilgrims by Jenni Fagan; The Glister by John Burnside; The Devil’s Footprints by John Burnside; A Kettle of Fish by Ali Bacon; Girl Meets Boy by Ali Smith (reread); The Five Red Herrings by Dorothy L. Sayers; The Cutting Room by Louise Welsh; A Disaffection by James Kelman; My Shit Life So Far by Frankie Boyle; Poor Things by Alasdair Gray; Stone Garden by Alan Spence; Trumpet by Jackie Kay.

My good friend Katie and I have also resurrected our book club, and have selected twelve books to read together next year.  You can expect reviews of each of them to be posted accordingly.  We have also deliberately chosen to read books by women.

Each Saturday, I will also be posting a review of a work in translation, as part of my extended Reading the World project.  I am not going to choose these works beforehand; rather, I am going to pick them at my leisure over the year.  Some of my included volumes will invariably be those mentioned above, if translated.

What are you hoping to read in 2017?  Have you read any of these books?  What should I start with?  If you have anything to recommend by my chosen authors, please do let me know.