It seems like high time for an update as to how I’m getting on with my 2017 reading goals.  When I made my list last November, I was aware that I was being very ambitious, particularly with a PhD thesis to write, and trying to cut down on the number of books I’m purchasing.  Still, the organised bookworm inside me could not be stilled, and I came up with rather a large list, comprised of a series of authors and a list of standalone books I wanted to read, as well as a French and Scottish reading project. 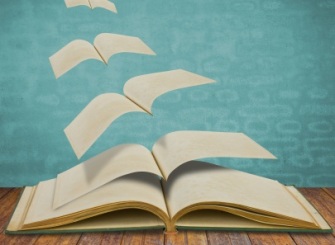 I’ve not done fantastically thus far, truth be told.  I was relying on the library to provide most of the outlined tomes when the year began, but many copies have been lost, or the previous borrower hasn’t yet returned them.  A few have been incredibly difficult to find through other avenues.

If we look at the authors and distinct books list, I haven’t done too badly.  Out of nineteen authors which I wrote on my list, I have read books by thirteen of them; the only ones which I have outstanding are Amelie Nothomb, Lydia Millet, Joan Didion, Leena Krohn, Ira Levin, and Gunter Grass.  I am going to aim to read one book by each of these authors before the year is out, but Nothomb and Krohn are eluding me rather at present.  With regard to the books which I outlined, I have read fourteen of them (unlucky for some!), and have nineteen outstanding (not so good!).  Two of these are on my to-read pile, but the others I’m not having a great deal of luck with finding.  I’m hoping to be able to get to them all by the end of the year (although I may leave the M.R. Carey by the wayside, as Fellside was largely disappointing).

I am doing relatively poorly with my geographical reading projects this year.  Of the thirty books on my Reading France project, I have read just seven of them, and have two on my to-read list.  A lot of the books which I was very much looking forward to have proved almost impossible to get hold of, which is a real shame; I may have to add them back onto my TBR list, and tackle them at another time.  With regard to my Reading Scotland list, I have read twelve of twenty-nine, and only have one of them on my to-read list (it’s actually my boyfriend’s book).

Looking over my lists, and the progress which I have made (or not!), I have decided that it’s probably not a good idea to be so ambitious going forward.  I have one project in mind for next year, but it’s free choice, so I will definitely have no trouble getting my hands on elusive tomes.

How are you getting on with your reading challenges this year?