I was supposed to be reading established poet and non-fiction author Maggie Nelson’s  The Argonauts for a book club I’m a member of, but unable as I was to find a copy, I plumped for The Red Parts: Autobiography of a Trial instead.  This piece of extended non-fiction, which deals with the aftermath of her aunt’s unsolved murder in the late sixties, and new evidence pointing to her killer, was first published in 2007.  Of all of Nelson’s books, this was the one which appealed to me the most.

The blurb piqued my interest immediately when browsing for Nelson’s books on my local library catalogue.  It reads: ‘After asking for a lift to her hometown for spring break, Jane Mixer, a first-year law student at the University of Michigan, was brutally murdered in 1969; her body was found the next day, a few miles away from campus.’  Jane was shot twice in the head, and then ‘strangled viciously with a stocking that did not belong to her’.  Nelson, whose aunt was killed before she was born, uses The Red Parts to trace her aunt’s death, as well as the trial which took place thirty-five years afterwards.  Jane’s case was reopened in 2004 ‘after a DNA match identified a new suspect, who would soon be arrested and tried.’

‘Resurrecting her interior world during the trial – in all its horror, grief, obsession, recklessness, scepticism and downright confusion – Maggie Nelson has produced a work of profound integrity and, in its subtle indeterminacy, deadly moral precision.’   The Red Parts has been hailed by various critics as ‘remarkable’, ‘Didion-esque’, and a ‘darkly intelligent page-turner’, which gives ‘the sense that the writer is writing for her life’, as well as Jane’s.

Within her book, Nelson is candid from the very beginning.  She writes of the process of putting such a painful familial past down on paper, and how the trial and its evidence impacted upon her, her sister, and her mother, Jane’s elder sister.   In her preface, Nelson calls the book ‘a peculiar, pressurized meditation on time’s relation to violence’.  She goes on to say: ‘One aim I had while writing was to allow the events of the trial, the events of my childhood, the events of Jane’s murder, and the act of writing to share a single spatial and temporal moment.’

Initially, police attributed Jane’s murder to a man who had killed many other young girls in what were collectively called the ‘Michigan Murders’.  The new evidence found, however, attributed her murder to someone else entirely, a retired nurse.   When Nelson sees him on trial, she writes: ‘I feel disoriented too.  Where I imagined I might find the “face of evil,” I am finding the face of Elmer Fudd.’  She goes on to describe the difficulty which she has in coming to terms with what he may have done: ‘I watch the light and I watch his hands and I try to imagine them around the trigger of a gun, I try to imagine them strangling someone.  Strangling Jane.  I know this kind of imagining is useless and awful.  I wonder how I’d feel if I imagined it over and over again and later found out that he didn’t do it.’

The Red Parts is very brave and directly honest; it is as objective as it can be, and whilst emotional at times, it does not read – as one imagines it so easily could have done – as a piece of overblown melodrama on the part of the family.  She talks openly about all of the grief in her life, from her father’s death, to seeing her boyfriend overdose more than once.  The Red Parts is a multilayered and well thought through work, which merges biography and autobiography in a seamless and interesting manner.  Nelson’s writing is engaging from the very beginning, and is sure to appeal to anyone who has enjoyed the likes of Truman Capote’s In Cold Blood. 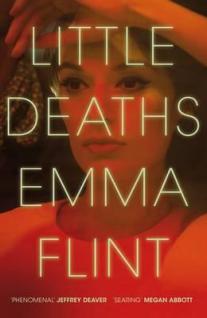 ‘It’s the summer of 1965, and the streets of Queens, New York shimmer in a heatwave. One July morning, Ruth Malone wakes to find a bedroom window wide open and her two young children missing. After a desperate search, the police make a horrifying discovery. Noting Ruth’s perfectly made-up face and provocative clothing, the empty liquor bottles and love letters that litter her apartment, the detectives leap to convenient conclusions, fuelled by neighbourhood gossip and speculation. Sent to cover the case on his first major assignment, tabloid reporter Pete Wonicke at first can’t help but do the same. But the longer he spends watching Ruth, the more he learns about the darker workings of the police and the press. Soon, Pete begins to doubt everything he thought he knew. Ruth Malone is enthralling, challenging and secretive – is she really capable of murder? Haunting, intoxicating and heart-poundingly suspenseful, Little Deaths is a gripping novel about love, morality and obsession, exploring the capacity for good and evil within us all.’

The premise of Emma Flint’s Little Deaths intrigued me.  At first, her prose, with its element of mixed chronology, felt clever, and really helped to set the scene.  After a while however, the prose began to repeat itself at points, and there was an entire middle section which I found frankly rather dull and drawn out.  The period in which it was set – the mid-1960s in New York – was not very well evoked on the whole.  The background itself faded into the background at times, and the story was not well-grounded in Flint’s chosen period.  The novel did not feel quite consistent, but as is often the case with a murder mystery or thriller, one really has to get to the end to see who the crime was committed by.  In this instance, I guessed the perpetrator incredibly early on, so the whole held no real surprises for me.  Little Deaths is a book which I feel had far more potential than was utilised.

The Memory Book by Lara Avery **** 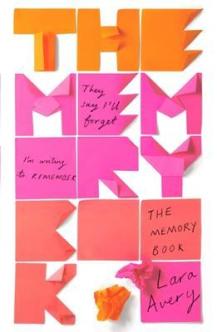 ‘Samantha McCoy has it all mapped out. First she’s going to win the national debating championship, then she’s going to move to New York and become a human rights lawyer. But when Sam discovers that a rare disease is going to take away her memory, the future she’d planned so perfectly is derailed before its started. Realising that her life won’t wait to be lived, Sam sets out on a summer of firsts. The first party. The first rebellion. The first friendship. The last love.’

I don’t tend to read YA fiction, but as I am eternally fascinated by memory, the plot of The Memory Book certainly intrigued me.  The narrator, Sammie, is intelligent, which definitely helped to keep my interest as I was reading.  Neither she, nor her condition, are predictable in the least.  Avery’s novel is well structured and effective in its use of multiple voices; it tackles some important issues, and I will be highly recommending it.