Part two of my underrated books wishlist is here!  It’s rather a nice mixture of fiction, and works in translation.  Have you read any of these?

1. Tales of Moonlight and Rain by Akinari Ueda 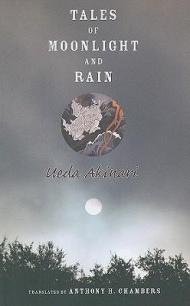 ‘First published in 1776, the nine gothic tales in this collection are Japan’s finest and most celebrated examples of the literature of the occult. They subtly merge the world of reason with the realm of the uncanny and exemplify the period’s fascination with the strange and the grotesque. They were also the inspiration for Mizoguchi Kenji’s brilliant 1953 film Ugetsu.  The title Ugetsu monogatari (literally “rain-moon tales”) alludes to the belief that mysterious beings appear on cloudy, rainy nights and in mornings with a lingering moon. In “Shiramine,” the vengeful ghost of the former emperor Sutoku reassumes the role of king; in “The Chrysanthemum Vow,” a faithful revenant fulfills a promise; “The Kibitsu Cauldron” tells a tale of spirit possession; and in “The Carp of My Dreams,” a man straddles the boundaries between human and animal and between the waking world and the world of dreams. The remaining stories feature demons, fiends, goblins, strange dreams, and other manifestations beyond all logic and common sense.  The eerie beauty of this masterpiece owes to Akinari’s masterful combination of words and phrases from Japanese classics with creatures from Chinese and Japanese fiction and lore. Along with The Tale of Genji and The Tales of the Heike, Tales of Moonlight and Rain has become a timeless work of great significance. This new translation, by a noted translator and scholar, skillfully maintains the allure and complexity of Akinari’s original prose.’

2. King of the Badgers by Philip Hensher
‘Far from London’s crime and pollution, Hanmouth’s wealthier residents live in picturesque, heavily mortgaged cottages in the center of a town packed with artisanal cheese shops and antiques stores. They’re reminded of the town’s less desirable outskirts—with their grim, flimsy housing stock and chain stores—only when their neighbors have the presumption to claim also to live in Hanmouth.  When an eight-year-old girl from the outer area goes missing, England’s eyes suddenly turn toward the sleepy town with a curiosity as piercing and unblinking as the closed-circuit security cameras that line Hanmouth’s idyllic streets. But somehow these cameras have missed the abduction of the girl, whose name is China. Is her blank-eyed hairdresser mother hiding her as part of a moneymaking hoax? Has she been abducted by one of the lurking perverts the townspeople imagine the cameras are protecting them from? Perhaps more cameras are needed?  As it turns out, more than one resident of Hanmouth has a secret hidden behind closed doors. There’s Sam and Harry, the cheesemonger and aristocrat who lead the county’s gay orgies. The quiet husband of postcolonial theorist Miranda (everyone agrees she’s marvelous) keeps a male lover, while their daughter disembowels dolls she’s named Child Pornography and Slightly Jewish. Moral crusader John Calvin’s Neighborhood Watch has an unusual reason for holding its meetings in secret. And, of course, somewhere out there is the house where little China is hidden.  With the dark hilarity and unflinching honesty of a modern-day Middlemarch, King of the Badgers demolishes the already fragile privacy of Hanmouth’s inhabitants. These characters, exquisitely drawn and rawly human, proclaim Philip Hensher’s status as an extraordinary chronicler of the domestic, and one of the world’s most dazzling and ambitious novelists.’ 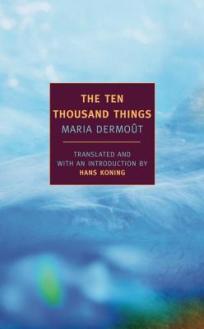 3. The Ten Thousand Things by Maria Dermout
‘The Ten Thousand Things is a novel of shimmering strangeness—the story of Felicia, who returns with her baby son from Holland to the Spice Islands of Indonesia, to the house and garden that were her birthplace, over which her powerful grandmother still presides. There Felicia finds herself wedded to an uncanny and dangerous world, full of mystery and violence, where objects tell tales, the dead come and go, and the past is as potent as the present. First published in Holland in 1955, Maria Dermoût’s novel was immediately recognized as a magical work, like nothing else Dutch—or European—literature had seen before. The Ten Thousand Things is an entranced vision of a far-off place that is as convincingly real and intimate as it is exotic, a book that is at once a lament and an ecstatic ode to nature and life.’

4. The Pink Motel by Carol Ryrie Brink
‘Nothing exciting ever happens to Kirby or Bitsy Mellen–that is, until their mother inherits a motel in Florida from her great-granduncle Hiram, complete with a roster of eccentric guests. New this winter are the Browns, obsessed with their suntans; Miss DeGree, obsessed with her poodles; and two mysterious men, obsessed, like Kirby, with trying to find Uncle Hiram’s rumored secret treasure.’

5. The Forest of Hours by Kerstin Ekman 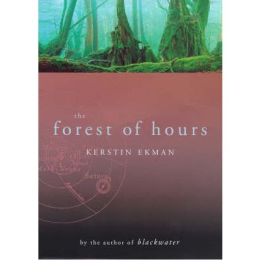 ‘Ekman’s central character is Skord, a magical being who is neither man nor animal. The novel begins in the Middle Ages when Skord finds himself in a forest with no memory, no past and no language. As he observes the behaviour of the human beings he meets in the forest, he begins to gradually to understand human civilisation and to learn their language. Although he can pose as one of them, however, he is also able to assume the form of animals and cause things to happen simply by willing them. Skord survives for five hundred years and lives many different lives but, despite his learning, he finds it difficult to resist the call of the forest and returns there periodically to rejoin the band of forest outlaws who live outside human society. He will live to see the nineteenth century and the age of steam, but, by then, he will have discovered that man’s supposed cultivation is in fact destructive and the most important thing in life is love – his love of a forest woman.’

6. Light by Torgny Lindgren
‘In medieval Sweden, a small community shares its meagre subsistence with its domestic livestock. When an imported rabbit introduces the plague the population is annihilated, all except a few villagers and the odd pig. By the author of Bathsheba and The Way of the Serpent.’ 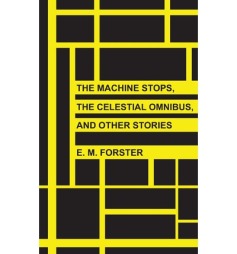 8. Famine by Liam O’Flaherty
‘Set in the period of the Great Famine of the 1840s, Famine is the story of three generations of the Kilmartin family. It is a masterly historical novel, rich in language, character, and plot–a panoramic story of passion, tragedy, and resilience.’

9. The Pilgrim Hawk by Glenway Westcott 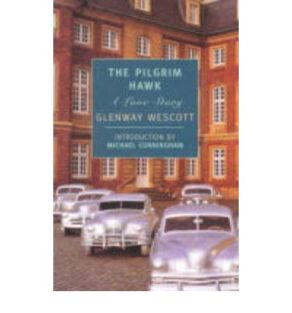 ‘This powerful short novel describes the events of a single afternoon. Alwyn Towers, an American expatriate and sometime novelist, is staying with a friend outside of Paris, when a well-heeled, itinerant Irish couple drops in—with Lucy, their trained hawk, a restless, sullen, disturbingly totemic presence. Lunch is prepared, drink flows. A masquerade, at once harrowing and farcical, begins. A work of classical elegance and concision, The Pilgrim Hawk stands with Faulkner’s The Bear as one of the finest American short novels: a beautifully crafted story that is also a poignant evocation of the implacable power of love. ‘

10. The Lore and Language of Schoolchildren by Iona Opie
‘First published in 1959, Iona and Peter Opie’s The Lore and Language of Schoolchildren is a pathbreaking work of scholarship that is also a splendid and enduring work of literature. Going outside the nursery, with its assortment of parent-approved entertainments, to observe and investigate the day-to-day creative intelligence and activities of children, the Opies bring to life the rites and rhymes, jokes and jeers, laws, games, and secret spells of what has been called “the greatest of savage tribes, and the only one which shows no signs of dying out.”‘