Featuring beautiful skies, wanderings in Berkhamsted, and a lot of books.

Music: ‘Memories on a Deck, Part II’ by Right Away, Great Captain

I will be featuring my Canada footage in separate videos; for now, here are the random pieces of footage which I captured at home during January.

Music: ‘I Am the Message’ by Fightstar

I thought that I would begin to keep a record of books which I’ve purchased in each distinct month, particularly after it was suggested that I add more book hauls to the blog.  I used to film book haul videos, but since moving away from BookTube, I thought it would be a nice idea to create a relatively concise post at the end of each month.  Without further ado, here are the tomes which I bought during January. 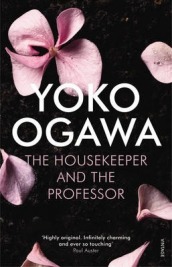 I shall begin with book club reads, several of which I have chosen to add to my growing TBR pile ahead of time.  Being a full-time postgraduate student means that quite a lot of my time is spent buried in books, but I also have quite a busy social calendar, and want to ensure that I can get to group reads as far ahead of time as I possibly can.  That said, I bought the lovely The Housekeeper and the Professor by Yoko Ogawa for mine and Katie’s book club, and a copy of Lori Schiller‘s The Quiet Room for the book group which I run on Goodreads.

I purchased three books with some of my Christmas money whilst on my way up to Scotland at the beginning of the month.  I chose a copy of Caroline Moorhead‘s A Train in Winter, which I have had my eye on for quite a while, and then took advantage of the half price offer in Waterstone’s, picking up Dan Boothby‘s Island of Dreams (which was a touch disappointing), and Agatha Christie‘s utterly brilliant The Witness for the Prosecution. 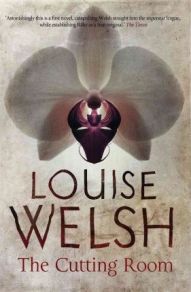 here).  I am planning to read Vita Sackville-West‘s Pepita in the next few months; it will sadly be one of my last outstanding of her novels.  The Cutting Room by Louise Welsh is a choice for my Reading Scotland list, and I want to get to it as soon as I possibly can because I so enjoyed The Girl on the Stairs.  A Novel Bookstore by Laurence Cosse is one of my most highly anticipated Reading France choices, and one which will also work nicely for my ongoing Reading the World project.

I also chose to purchase several books which could be included within my thesis.  I’m unsure as to which of these, if any, I will end up writing about, but it’s lovely to be able to read so diversely, and sample new authors, as well as those whom I have previously enjoyed.  In this vein, I chose to procure secondhand copies of Miriam Toew‘s A Complicated Kindness and Irma Voth, as well as Anita Brookner‘s Leaving Home and Kaye Gibbons’ Sights Unseen. 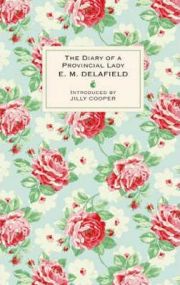 I rarely buy Kindle books, preferring instead to read free classics or sweep Netgalley for interesting tomes.  This month, however, I made an exception.  I had a sudden longing to read the rest of E.M. Delafield‘s Provincial Lady novels, and found them in a handy omnibus edition for barely any money whatsoever.  I also bought a collection of five of her standalone novels (Zella Sees Herself, The War Workers, Tension, The Heel of Achilles, and Humbug), which I am looking forward to getting to!

I shall finish with those tomes which I didn’t need, but couldn’t resist buying.  I scoured AbeBooks for a copy of Irmgard Keun‘s A Child of All Nations after so adoring Gilgi, and was rewarded with a first edition, which is just as wonderful.  I was keen to try some of Gail Tsukiyama‘s work, and plumped for The Samurai’s Garden as my inroad.  I saw a wonderful review of Sarah Rayne‘s A Dark Dividing on Goodreads, and had to get myself a copy; whilst I haven’t read it yet, it sounds as though it will be brilliantly creepy, and make the perfect read for a long winter’s night.

The Ice Museum: In Search of the Lost Land of 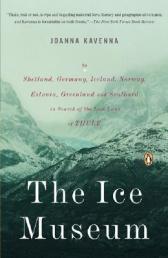 Thule by Joanna Kavenna looked fascinating, and as my obsession with Scandinavia shows no sign of regressing, I had to buy myself a copy.  I was also intrigued by Maryrose Wood‘s Gothic children’s novel, The Mysterious Howling, which marks the first book in the Incorrigible Children of Ashton Place series.  I have read and very much enjoyed it already.  Last but not least, I bought a copy of Karl Pilkington‘s Happyslapped by a Jellyfish for my boyfriend (but I’ll more than likely end up reading it first).

Have you read any of these books?  Which tomes were added to your shelves during January?