1. Elizabeth McCracken
I read the marvellous The Giant’s House whilst I was still a teenager, and have read it many more times since.  McCracken’s writing is truly lovely, and the characters she crafts stay with the reader long after the last page has been read.

2. Tove Jansson
Jansson is best known as the creator of The Moomins, but her adult fiction is just as wonderful.  To fit the season, I would recommend The Summer Book, which is a glorious musing on life on a tiny Scandinavian island.

3. Jon McGregor
I first read McGregor a good few years ago, when my Dad recommended the stunning If Nobody Speaks of Remarkable Things to me.  It is a novel which challenges your perceptions, and its storyline and characters, whilst not named, are so very memorable.

4. Sylvia Townsend Warner
Despite only having read one of her novels (Lolly Willowes, or the Loving Huntsman) and one of her short story collections (The Doll’s House and Other Stories), Townsend Warner is one of my favourite authors on the Virago list.  She creates such atmosphere, and her characters are wonderfully crafted.  The majority of her stories contain unexpected twists, and her writing is very lovely indeed.  I would recommend beginning with either of the titles listed above in order to get a real sense of her style. 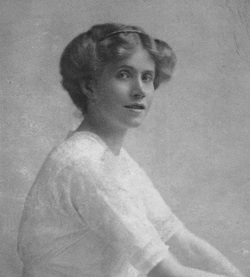 5. Stella Benson
For some reason unbeknownst to me, Stella Benson is rather a neglected twentieth century author.  Her writing is glorious, and the way in which she uses magical realism against the ordinary aspects of the lives of her characters is marvellous.  I would recommend the lovely Living Alone, set during the First World War.  Who cannot fail to be charmed by the following author introduction?

This is not a real book. It does not deal with real people, nor should it be read by real people. But there are in the world so many real books already written for the benefit of real people, and there are still so many to be written, that I cannot believe that a little alien book such as this, written for the magically-inclined minority, can be considered too assertive a trespasser.