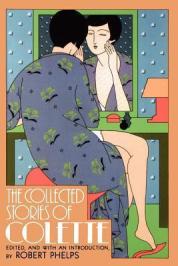 I have been looking forward to Colette’s Collected Stories for such a long time. Translated by Antonia White, an author whom I enjoy, I expected that these tales would be immersive, beautifully written, and memorable. I normally find Colette’s work immediately absorbing and transporting, so I was surprised when I did not find myself becoming immersed in this early on. These are largely really more like sketches and monologues than short stories, and as most of them feature Colette, or a facsimile of herself, either as narrator or main character, it feels like a series of biographical fragments rather than a collection of stories.

Collected Stories had very little of the pull which I was expecting. There was little of the charm and wit of her longer works, too. Perhaps because the collection which I read is comprised of earlier stories, they are not as polished as her later work. Regardless, I felt markedly underwhelmed by this collection. I enjoyed a couple of the stories, but the plots included were largely very thin on the ground, and the characters difficult to connect with.

White’s translation felt seamless, and I had no problem with the prose itself. Collected Stories feels like an anomaly in what I have read of Colette’s thus far. I found this collection lacklustre and disappointing, but am hoping that it is just a blip in her oeuvre, as I would very much like to read the rest of Colette’s full-lenth work in future. 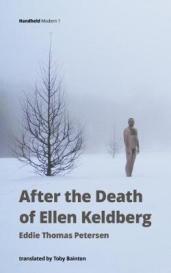 Petersen immediately sets the scene, in brief descriptive prose: ‘Bluish white, like skimmed milk, the mist seems so near that you could gather it up in your hands. The storm has blown itself out in the night and the wind has dropped, but you can still hear the waves breaking in a hollow roar out by the bay.’ There is nothing particularly wrong with the prose here, but I found the conversations to be stilted and unrealistic for the most part, and the majority of the writing which followed too matter-of-fact, and even a little dull at times. The translation used some quite old-fashioned words and phrases which made the novel seem dated.

My expectations were markedly different to what I found within the pages of this novel. Whilst I found the premise of After the Death of Ellen Keldberg interesting enough, for this genre of novel, it felt too slow-going, and plodded along in rather a sluggish manner. The book’s blurb proclaims that this is a ‘subtle novel… an enthralling family saga, a slow-burning murder mystery, and a portrait of Skagen in the dark and in the snow, full of alliances and old secrets.’ Slow is correct. Whilst I was expecting a piece of immersive Nordic Noir, I received something which felt as though it hardly got going.

After the Death of Ellen Keldberg was not at all what I was expecting, and I felt distanced from the characters from the outset. They did not appear particularly interesting to me; nor were they three-dimensional. The entirety of the novel felt rather lacklustre, and I would not rush to read another of Petersen’s novels.