The next movie I watched as part of the Reading Ireland Month, hosted by Cathy746books and The Fluff Is Raging, is also a movie I was pretty reluctant to watch – Calvary.

I am not very much into religious movies or movies generally dealing with religious themes (thus my initial reservation to watch Calvary), but I never expected this movie to be what it actually was. It is quite hard to place my thoughts on it, since it not only exceeded my expectations, but it also is a much deeper and much more symbolic movie than one might expect.

Calvary begins in the most unexpected manner; while in a confessional, a parishioner relates his tragic past to priest James, confiding in him that he had been sexually abused by some priest in his childhood and threatens to kill priest James as an act of revenge towards the church, even though he is innocent and benevolent. The parishioner gives the priest exactly one week to make peace with himself and say his goodbyes until he kills him on the appointed day and place.

This is what happens in the first 5 minutes of the movie, which place the priest, as well as the audience in such an unexpected and difficult situation. The rest of the movie follows the priest’s life through each and every day of the week he was given and we watch his actions and the decisions he makes. We steadily learn more about him and his past and meet the people that consist his world and surroundings – Fiona, his daughter, as well as a bunch of parishioners, all broken and lost in some way or another, whom he tries to help overcome their problems one by one.

However, the priest is not always treated generously by the others. At first, I found his passive acceptance of the threat he received really strange – it was almost like he thought he was at fault for something, like he somehow deserved it. Maybe he had committed a sinful act in the past and desired to repent for it by not running away from the man who declared that he would take his life away. While the movie progressed, though, the benevolence and the good-natured heart of the priest became evident and the behaviour of the parishioners towards him became more and more illogical. Everyone makes mistakes throughout life, either minor or graver ones, and we do see the priest misbehaving at parts, but no one deserves to be the object of such spite.

Every character in this movie has their story and their own painful past (or present). Everyone is going through their own personal calvary, but the priest seems to suffer the most. The ending is surely one that triggers a lot of thoughts to rush through your mind all at once. The priest claimed at the beginning that he knew who his threatener was, and he did try, in his own way, to prevent him from commiting yet another sin.

I am not entirely sure of the exact location this movie was shot and set into, but the scenery was absolutely stunning. The Irish coast lines always look so beautiful, and combined with a rather cloudy weather, created the perfect ominous feeling in this movie. The setting was mostly simple, and not many props or background objects were used, with nature and the sea playing a major role and reflecting the pain and the psychological state of the characters in the most excellent manner.

The acting was also sublime. Brendan Gleeson was simply brilliant as priest James – I will certainly watch more of his movies to see him enacting other roles as well (I’m sure he does it equally successfully). I was very glad to see some familiar faces in it, like Aidan Gillen, whom I know from Game of Thrones, playing the role of an atheist doctor and Dylan Moran, whom I immensely adore, playing the role of a lonely millionaire who feels detached from everything. The rest of the cast was fabulous as well.

All in all, Calvary is a beautiful and brilliant movie that touches upon many issues modern societies and people face, whether they dare to admit it or not. It is a movie that shows you that everyone goes through their own personal calvary, even if you cannot see it at first glance. Everyone has their own troubles and demons to fight and, at the end of the day, it is the way we choose to face them or run away from them that determines our morality and quality of life. 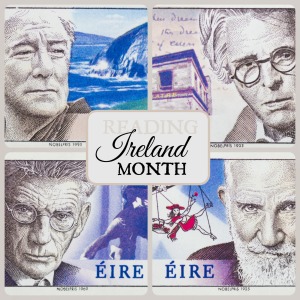