The Wonder by Emma Donoghue ***

‘An eleven-year-old girl stops eating, but remains miraculously alive and well. A nurse, sent to investigate whether she is a fraud, meets a journalist hungry for a story. Set in the Irish Midlands in the 1850s, Emma Donoghue’s The Wonder – inspired by numerous European and North American cases of ‘fasting girls’ between the sixteenth century and the twentieth – is a psychological thriller about a child’s murder threatening to happen in slow motion before our eyes. Pitting all the seductions of fundamentalism against sense and love, it is a searing examination of what nourishes us, body and soul.’

The Wonder started off well, particularly with regard to its vivid sense of place, and its sense of intrigue. Donoghue weaves in Irish history and superstition very well, and the novel has clearly been well structured. The slow pace takes a little while to get into, but undoubtedly suited the story which unfolded. Regardless, I found the twists rather obvious (and I am no supersleuth), and the whole ended on rather a flat note, which rendered the whole far less impressive than I was expecting. I would have preferred some sense of ambiguity at the end of the novel; what was included felt far too twee for my liking. Whilst well researched and relatively interesting, The Wonder is certainly not my favourite Donoghue book. 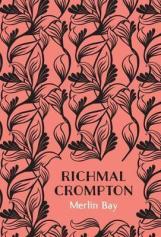 ‘So begins Mrs. Paget’s month-long holiday as she journeys with the rest of her family to visit her grown-up daughter Pen and her grandchildren, who have moved to Cornwall to reap the benefits of the fresh Cornish air. But teeming beneath the calm surface of seaside life lies a whole world of secrets, infatuations, hopes and dreams. Over the course of their stay, visitors and residents of Merlin Bay become entangled in each other’s lives, disrupting the stability of Pen’s seemingly calm domestic life. From the elderly Mrs. Paget, who visited the bay on her honeymoon nearly fifty years ago but who has never returned, to Pen’s teenage daughter Stella, struggling to find her place in the world and feeling her first pangs of desire whilst her younger siblings play innocent childhood games on the beach, Crompton skilfully depicts the trials and tribulations of British domestic life. Will the hopes and desires of each family member be realized by the end of their stay? And what secret will Mrs. Paget unearth? Richmal Crompton’s adult novels are an absolute delight and every bit as charming as her beloved Just William series. A nostalgic treat for fans of the gentler brand of interwar fiction, Merlin Bay is the perfect heritage read for fans of 1930s fiction at its best.’

Merlin Bay is a beautifully wrought, engaging, and rather underrated novel. I did not enjoy it quite as much as Richmal Crompton’s 1933 novel The Holiday, but it was filled with a cast of fascinating characters, and did throw up a couple of surprises along the way.  Merlin Bay is a charming, quaint, and rather funny read, which proved a perfect choice for a beautifully warm summer’s day.

The Upstairs Room by Kate Murray-Browne ****
‘Eleanor, Richard and their two young daughters recently stretched themselves to the limit

to buy their dream home, a four-bedroom Victorian townhouse in East London. But the cracks are already starting to show. Eleanor is unnerved by the eerie atmosphere in the house and becomes convinced it is making her ill. Whilst Richard remains preoccupied with Zoe, their mercurial twenty-seven-year-old lodger, Eleanor becomes determined to unravel the mystery of the house’s previous owners – including Emily, whose name is written hundreds of times on the walls of the upstairs room.’

The Upstairs Room felt like rather a good book to read when I felt unwell, pulling me in as it did from the beginning. It was not as dark as I had anticipated, but is undoubtedly well structured. The character studies which Murray-Browne writes are subtle at first, and then deepen and become more complex as the novel progresses. The Upstairs Room was not quite the book which I was expecting, but it is a compelling page turner nonetheless.