Again, I have tried to make these choices exciting and not that predictable, but I simply could not resist including Eowyn Ivey’s novel, which I’m sure the majority of people have read by now. 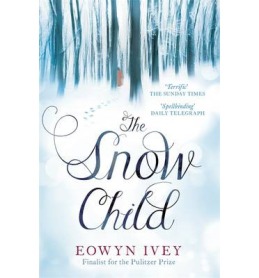 ‘Alaska, the 1920s. Jack and Mabel have staked everything on a fresh start in a remote homestead, but the wilderness is a stark place, and Mabel is haunted by the baby she lost many years before. When a little girl appears mysteriously on their land, each is filled with wonder, but also foreboding: is she what she seems, and can they find room in their hearts for her? Written with the clarity and vividness of the Russian fairy tale from which it takes its inspiration, The Snow Child is an instant classic.’

2. Laura Lamont’s Life in Pictures by Emma Straub (Wisconsin/California)
‘At once a delicious depiction of Hollywood s golden age and a sweet, fulfilling story about one woman s journey through fame, love, and loss. “Boston Globe” In 1920, Elsa Emerson is born to the owners of the Cherry County Playhouse in Door County, Wisconsin. Elsa relishes appearing onstage, where she soaks up the approval of her father and the embrace of the audience. But when tragedy strikes her family, her acting becomes more than a child s game of pretend. While still in her teens, Elsa marries and flees to Los Angeles. There she is discovered by Hollywood mogul Irving Green, who refashions her as an exotic brunette screen siren and renames her Laura Lamont. But fame has its costs, and while Laura tries to balance career, family, and personal happiness, she realizes that Elsa Emerson might not be gone completely.’

3. The Borrower by Rebecca Makkai (Missouri)
‘Lucy Hull, a children’s librarian in Hannibal, Missouri, finds herself both kidnapper and kidnapped when her favorite patron, ten-year-old Ian Drake, runs away from home. Ian needs Lucy’s help to smuggle books past his overbearing mother, who has enrolled Ian in weekly antigay classes. Desperate to save him from the Drakes, Lucy allows herself to be hijacked by Ian when she finds him camped out in the library after hours, and the odd pair embarks on a crazy road trip. But is it just Ian who is running away? And should Lucy be trying to save a boy from his own parents?’

4. Shutter Island by Dennis Lehane (Massachusetts)
‘US Marshal Teddy Daniels has come to Shutter Island, home of Ashecliffe Hospital for the Criminally Insane, to find an escaped murderer named Rachel Solando. As a killer hurricane bears down on the island, the investigation deepens and the questions mount. How has a barefoot woman escaped from a locked room? Who is leaving them clues in the form of cryptic codes? And what really goes on in Ward C? The closer Teddy gets to the truth, the more elusive it becomes. And the more he begins to believe that he may never leave Shutter Island. Because someone is trying to drive him insane…’

‘Annie’s put fifteen years into safe, slightly obsessive Duncan, and now she’d like her money back, please. It’s time to move on. But she lives in Gooleness, the north’s answer to a question nobody asked. Is she really going to find real, proper, feel-it-deep-down-in-your-boots love on a damp and windy seafront? Or perhaps she should follow her heart and pursue Tucker, the reclusive American rock star, who keeps emailing her his smart advice. But between Annie and her second chance lie a few obstacles. There’s Malcolm, the world’s most judgemental therapist, and Barnesy, the north’s most extrovert dancer. There’s what men and women will do and won’t do for love. And, of course, there’s Tucker…  Hilarious and tender, this bestselling novel will move you in ways both profound and surprising. ‘

6. Wildwood by Colin Meloy (Oregon)
‘In Wildwood, Prue and her friend Curtis uncover a secret world in the midst of violent upheaval a world full of warring creatures, peaceable mystics, and powerful figures with the darkest intentions. And what begins as a rescue mission becomes something much greater as the two friends find themselves entwined in a struggle for the very freedom of this wilderness. A wilderness the locals call Wildwood.Wildwood captivates readers with the wonder and thrill of a secret world within the landscape of a modern city. It feels at once firmly steeped in the classics of children’s literature and completely fresh at the same time. ‘ 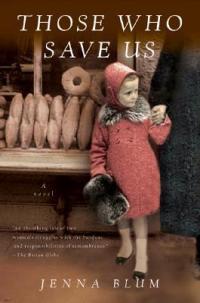 7. Those Who Save Us by Jenna Blum (Minnesota)
‘For fifty years, Anna Schlemmer has refused to talk about her life in Germany during World War II. Her daughter, Trudy, was only three when she and her mother were liberated by an American soldier and went to live with him in Minnesota. Trudy’s sole evidence of the past is an old photograph: a family portrait showing Anna, Trudy, and a Nazi officer, the Obersturmfuhrer of Buchenwald. Driven by the guilt of her heritage, Trudy, now a professor of German history, begins investigating the past and finally unearths the dramatic and heartbreaking truth of her mother’s life. Combining a passionate, doomed love story, a vivid evocation of life during the war, and a poignant mother/daughter drama, Those Who Save Us is a profound exploration of what we endure to survive and the legacy of shame.’

8. One Flew Over the Cuckoo’s Nest by Ken Kesey (Oregon)
‘Tyrannical Nurse Ratched rules her ward in an Oregon State mental hospital with a strict and unbending routine, unopposed by her patients, who remain cowed by mind-numbing medication and the threat of electroshock therapy. But her regime is disrupted by the arrival of McMurphy – the swaggering, fun-loving trickster with a devilish grin who resolves to oppose her rules on behalf of his fellow inmates. His struggle is seen through the eyes of Chief Bromden, a seemingly mute half-Indian patient who understands McMurphy’s heroic attempt to do battle with the powers that keep them imprisoned.’

9. The Awakening by Kate Chopin (Louisiana)

‘This sensuous book tells of a woman’s abandonment of her family, her seduction, and her awakening to desires and passions that threated to consumer her. Originally entitled “A Solitary Soul, ” this portrait of twenty-eight-year-old Edna Pontellier is a landmark in American fiction, rooted firmly in the romantic tradition of Herman Melville and Emily Dickinson. Here, a woman in search of self-discovery turns away from convention and society, and toward the primal, from convention and society, and toward the primal, irresistibly attracted to nature and the senses.’

10. The Secret History by Donna Tartt (Vermont)
‘Under the influence of their charismatic classics professor, a group of clever, eccentric misfits at an elite New England college discover a way of thinking and living that is a world away from the humdrum existence of their contemporaries. But when they go beyond the boundaries of normal morality their lives are changed profoundly and for ever.’