As with the first instalment of this little series, each of the books I write about will, of course, have a corresponding star rating, and will be reviewed in the order in which I read them.

31. Death by Gaslight by Michael Kurland ***
Plot: The third novel in a series which features Professor James Moriarty of Sherlock Holmes fame as super-sleuth.
Thoughts: The best so far in the series, but I am not enamoured enough with it to contemplate reading another; this is occasionally what happens when one buys sets from The Book People…

Plot: The second book in The Decemberist vocalist’s Wildwood series, with further adventures in the Impassable Wilderness.
Thoughts: There are some gorgeously written sections here, but as with the first book, some of the story was very drawn out, and it didn’t really go anywhere in places.

33. Goodbye to All That by Robert Graves ***
Plot: One of the most important First World War memoirs, which charts Graves’ experience as an Officer, as well as his earlier schooldays, and his later self-exile abroad.
Thoughts: This was sadly nowhere near as good as I thought it would be, but I did enjoy the school sections.

34. The Lost World and Other Stories by Arthur Conan Doyle ***
Plot: Dinosaurs, and lots of ’em.
Thoughts: I love the premise of this, but felt that the subsequent novellas were rather too repetitive of the title story. 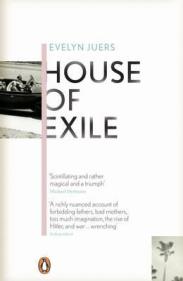 35. House of Exile by Evelyn Juers ***
Plot: A non-fiction which deals with Heinrich Mann’s fleeing from the Nazis.
Thoughts: The historical detail here was strong, and Juers had an awful lot to work with, but it jumped around far too much, and the experience of reading it was jarring.

36. Greengates by R.C. Sherriff ****
Plot: A man retires from his job in the city, and he and his wife decide to leave their home and move to a newly-built estate.
Thoughts: Charming in places and perceptive in others, this would have been a five-star read for me if the final chapter had been omitted.

37. Passchendaele by Nigel Steel and Peter Hart ***
Plot: A far-reaching account of the Battle of Passchendaele in the First World War, based upon sources in the Imperial War Museum.
Thoughts: I thought I would be utterly captivated with this, but even with the addition of personal testimonials, I do not feel that I learnt anything.

38. Scone with the Wind by Mrs. Victoria Sponge ****
Plot: A lovely baking book, in which recipes have been adapted with literary names and twists on ingredients.
Thoughts: Easy to follow and very inventive; what I have baked so far has been delicious!

Have you read any of these books?  Are there any which you are intrigued enough about to pick up?  What do you think about the two-line format of these reviews?