Sally Beauman’s Rebecca’s Tale, a sequel to du Maurier’s haunting Rebecca, is a book which I have been looking forward to reading for years.  It has proved quite an elusive title to locate however, so I had not been able to find it in any bookshops, and thought that my du Maurier December project gave me the perfect excuse to order a copy.  I was incredibly intrigued to see where Beauman would take the story.

Rebecca’s Tale was published in 2001 and is largely set in 1951, twenty years after the inquest which ruled that Rebecca’s death was a suicide.  The novel

is split into four parts, all of which follow a different character; friend of Rebecca’s Arthur Julyan, historian Terence Grey, the diary of Rebecca herself, and Ellie, Arthur Julyan’s daughter. Each of the characters writing in 1951 is aiming to discover the truth of Rebecca’s death in his or her own way. One imagines that this sequel of sorts, with its opening line the same as the original’s, could not really have begun in any other way.

In his introductory chapter, Julyan, a former army colonel and retired magistrate, states: ‘I’ve concealed the truth about Rebecca de Winter for too long…  I decided to record, for the first time, and leaving nothing out, everything I know about Manderley, the de Winters, Rebecca, her mysterious life and her mysterious death’.  He goes on to rehash many of the details from du Maurier’s original, none of which I will relate here for fear of giving away spoilers to those of you who have not yet read Rebecca.

Julyan lives in Kerrith, the ‘nearest small town to Manderley’, and rather adored Rebecca when the two knew one another: ‘I was Rebecca’s friend; I knew, better than anyone, how well Rebecca had covered her tracks, how secretive she’d been’.  He goes on to say: ‘I’ve always believed that you cannot understand Rebecca and what she became unless you understand the family she married into.  I’ve always felt that if I were searching for clues to Rebecca, Manderley was the first place to look’.  He cites himself as the ‘prime source’ of finding out what happened to her, particularly now that her husband Maxim de Winter has passed away.  Through Julyan, we meet both Maxim and Beatrice de Winter as children – although it must be said that the two are not overly believable when Beauman writes about them.  Danvers, Rebecca’s formidable confidante of sorts, and an ardent worshipper of the young woman, has disappeared without a trace.

Julyan is sent a package containing a notebook with the words, ‘in a child’s spiky hand, the tail of the last letter curling down the page in a long punning flourish.  Rebecca’s Tale‘.  His portion of the novel is largely told in retrospect.  Julyan’s narrative voice feels rather overdone at times; feminine phrasing creeps in from time to time, and there is nothing presented to us which is overly masculine within his character.  He tends to be a little pompous at times; unnecessarily so, one cannot help but think.  This aspect of his personality becomes more and more grating as the novel goes on.  Historian Terence Grey narrates the second part of the novel and is, says Julyan, ‘crucial to my Rebecca “quest”‘.  Whilst I can see why the perspectives of both Grey and Julyan’s daughter Ellie have been used, both of them feel rather overdone on the whole, and consequently I did not grow to like any of the characters. 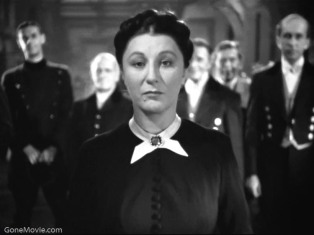 The plentiful positive reviews lavished across the cover of Rebecca’s Tale led me to believe that I would very much enjoy the book.  I had rather varied feelings about it though, and whilst I very much enjoyed some sections, I really disliked others.  On the back of the novel, a quote from author Linda Grant proclaims the following: ‘While both du Maurier and Beauman are great storytellers, Beauman really is the better prose writer’.  I did not personally agree with this at all.  Comparably, I do not think Beauman’s writing is anywhere near as strong nor as vivid as du Maurier’s, and she also does not make her male narrative voices sound realistic, something which du Maurier herself is wonderful at.

Rebecca’s Tale is, to an extent, well written, and it does become more absorbing as it goes on, but when a new narrative perspective is introduced – particularly with regard to that of Terence Grey’s – a lot of the details which Julyan has already related are repeated for no particular reason.  This would be relatively bearable, were it not for the fact that the same phrases are used, often in their entirety.  Speaking of the title which Rebecca wrote in her notebook, for example, Grey describes it as a ‘childish punning flourish’, rather than Julyan’s aforementioned ‘long punning flourish’.  Grey’s voice also feels even more effeminate than Julyan’s.

I feel that I do not have to write that Rebecca’s Tale is nowhere near as compelling as Rebecca.  Whilst I admire what Beauman has done in creating a sequel to a much-loved and rather phenomenal novel, I do not see why her effort had to be quite so repetitive.  Whilst her novel is well paced, several of the elements are bogged down by superfluous – and again, often repetitive – descriptions, and less interesting aspects of the plot.  Disappointingly, I did guess a lot of the twists and turns within the story.  One of the strengths of Rebecca’s Tale was Beauman’s original blending of the original characters with her new creations.  Another is the way in which some depth was added to the shadowy past of Rebecca herself.

Rebecca’s Tale is an interesting read for anyone who has enjoyed Rebecca, but the conclusions which Beauman draws are often far too obvious, quite unsatisfactory, and sometimes are not anywhere near subtle enough to work.  All in all, the very idea of a sequel to Rebecca, that much adored of Gothic novels, is rather inviting, but it is not entirely necessary.  As a reader and ardent fan of her work, I respect du Maurier’s decision to end Rebecca in the way in which she did.  Whilst it is pleasing that another author has taken to the helm, I cannot convince myself that du Maurier would have utilised many of the same elements as Beauman has in Rebecca’s Tale.