The blurb of Rebecca Alexander’s The Secrets of Life and Death states that the novel is ‘a stunning tale of occultism and magic across the ages’, in which Alexander has ‘stretched history to suit the story’.

The Secrets of Life and Death presents two interwoven stories.  The first begins in Krakow in 1585, where Dr John Dee, an Elizabethan Alchemist, has been summoned to save the King of Poland’s dying niece, Elisabeth.  He and his assistant, Edward Kelley, ‘soon find themselves in mortal danger, lost in the world of Revenants and are forced to use their own science’ to save their lives.  The second story takes place in the twenty-first century, when the body of a young girl, symbols drawn all over her body, is found on a train.  The stories are linked in that the girl is found to be covered in Enochion symbols, which are ‘supposed to be an alphabet given to John Dee, an Elizabethan scholar.  He got them through a man called Edward Kelley, who channelled angels for him’. 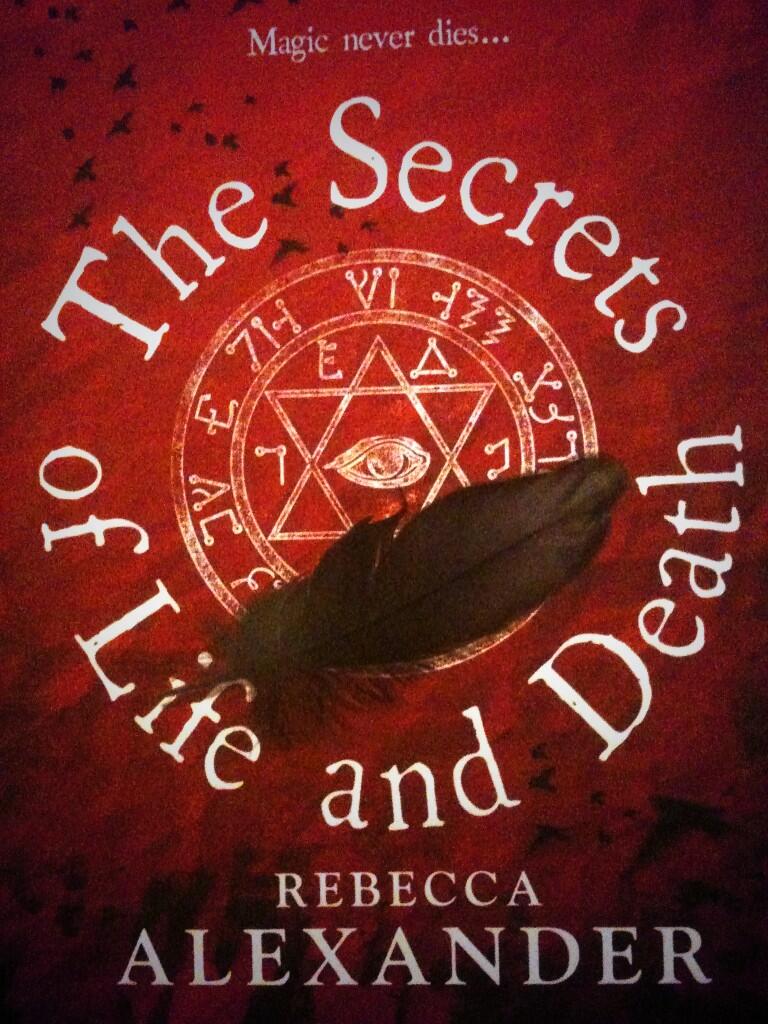 ‘The Secrets of Life and Death’ by Rebecca Alexander (Del Rey)

The novel opens with the character of Felix Guichard in Exeter, a professor who is called to the train station to identify the girl’s body.  His specialised subject is ‘the culture of belief systems, religions and superstitions’. A woman named Jackdaw Hammond – ‘Jack’ for short – subsequently becomes involved, and the story also follows her as she muses through the reasons for the murder.

Alexander has presented a murder mystery of sorts, entwined with lashings of witchcraft and occultism.  Her prose works well on the whole, but the dialogue tends to be a little stolid throughout, and is not always reminiscent of a conversation which one can imagine occurring.  Different prose styles have been used throughout.  The modern day story is told by an omniscient third person narrator, but the chapters which deal with the Elizabethan story are narrated by Edward Kelley himself.  This is an interesting idea, but his voice does sound rather too feminine at times.

The Secrets of Life and Death seems, on the surface, to be an interesting and quite original story, but it feels too long on the whole.  The way in which Alexander has merged the stories works well, but it does feel as though the idea could have been better developed on the whole.  The novel is rather gritty at times, and this element is perhaps the strongest.  The characters, almost as an entire cast, are far from likeable beings, and as a result, little compassion can be felt for them.  The Secrets of Life and Death is a little too ‘out there’ for this reviewer, but it definitely has appeal, and is sure to please fans of ‘different’ fantasy novels.